A lot of aluminium chips are produced during the milling process in the production of the company alimex. For a long time, these had to be removed with a great deal of manpower. But for the past three years, the CNC milling machines in Willich have been running day and night without chips hindering production or causing dirt. Because an ERBO extraction system removes the chips automatically during operation. And the best part: The chips become valuable raw material again by collection and briquetting.

Thick swathes of fog drift through the industrial area in Willich, North Rhine-Westphalia. But it shines brightly in the production hall of the alimex company. Because the hall of 3,200 square metres is full of aluminium components, in different shapes and sizes, all reflecting the light on their shiny surface. Round and angular components are at all corners and ends, with flat surfaces and precise milling. The seven CNC machining centres are humming away in the hall, with workers here and there monitoring the milling progress. Otherwise, there are not many people in production, the machines work mostly automatically.

"One employee per shift did nothing all day but collect chips and dispose of them in containers."

For example, a block of aluminium weighing five tonnes is turned into an aluminium component weighing 1,200 kilograms. The machines mill precise depressions into the material. And this produces a lot of chips. "On some components we have a metal removal rate of 80 to 90 per cent," explains Fernando Vieira. Blue coat, brisk pace: As shift supervisor, Vieira is responsible for the organisation of all processes in this production hall. 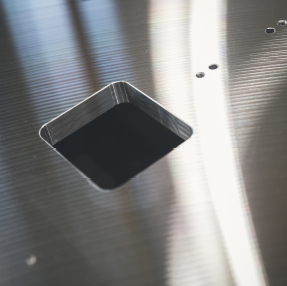 Milling is carried out with micrometre precision. One component can take up to 50 hours to machine. 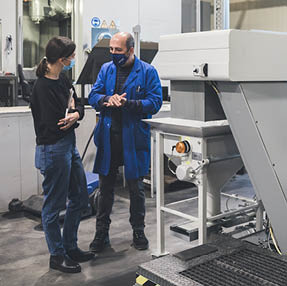 "On some components we have a metal removal rate of 80 to 90 per cent," explains Fernando Vieira, Shift Supervisor in the production of alimex.

The milling process can produce up to 300 kilograms of chips per hour. Removing these chips was a one-man show for a long time. "One employee per shift did nothing all day but collect chips and dispose of them in containers," Vieira recalls. That was not only tedious, but also dangerous, because there are many components in the hall, the aisles are narrow – and such a container is large and bulky. "When the employees went home in the evening, production also had to stop. Because even in two-shift operation, there comes a time when it's time to call it a day. "We would always have had the option to keep the machines running. But then there was nobody there to remove the chips".

Every minute counts when the machines can work – or not.

In these times, the order situation at alimex is high, aluminium components are in demand. One component can take up to 50 hours to machine. So every minute counts when the machines can work – or not. This brought up the discussion of an extraction system from the company ERBO, which automatically extracts the chips, transports them away and recycles them.

"ERBO has been a household name at alimex for a long time," says Vieira. This is because there are already seven extraction systems in cast plate production at the other alimex site in Willich, plus one each in the USA and Malaysia. "Nevertheless, I was sceptical at first whether the process could work the same way for CNC milling processes with wet chips," says Vieira.

The technology is convincing – even when with wet and heavy chips

In cast plate production, the process is different, the material is only sawn with minimal lubrication. Therefore, the chips are dry. However, for CNC milling, the material must be cooled with cooling lubricant, and the falling chips are wet and heavy. "I couldn't imagine that this type of chip could just be suctioned away," Vieira continues. "I've seen myself having to climb up to the pipes every day and clean them by hand because chips clog the pipes". But things turned out differently. The extraction system from ERBO was set up in 2018 and ran without incident from day one. "That absolutely convinced me about this technology," Vieira says. 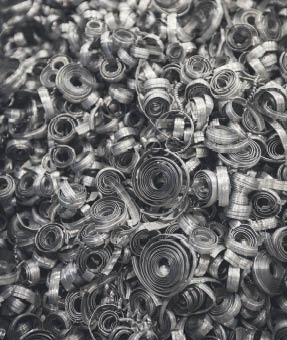 The milling process can produce up to 300 kilograms of chips per hour. 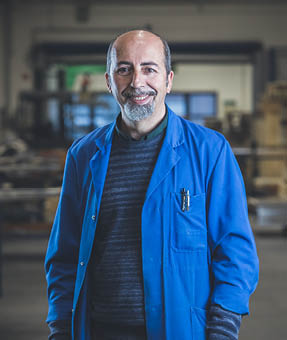 "The extraction system from ERBO ran without incident from day one." says Fernando Vieira.

"Chips are not waste, but can be recycled as a valuable raw material."

Hans-Jörg Boltjes knows this initial scepticism. "We solve a problem that many people don't even know they have at first," says the ERBO managing director. But the personnel, space and safety issues have many producers. "In addition, in times of raw material scarcity, the sustainable use of materials is becoming increasingly important. Chips are not waste, but can be recycled as a valuable raw material and returned to the production cycle," says Boltjes.

"The recycling process becomes an integral part of the production chain."

The machines in the production hall in Willich are connected to the extraction system from ERBO via a pipe system. Every CNC machining centre has one or more chip conveyors on which the falling chips are collected. The system extracts the chips and directs them through a funnel into the pipelines. The pipes run along the ceiling of the hall and collect the extracted material in the ERBO system. There, the chips are crushed and compressed into briquettes under high pressure. "Briquetting not only reduces the volume of the chips, but also squeezes out the liquid –  i.e. the cooling lubricant," explains Boltjes. A raw ingot of aluminium is produced again from the chip briquettes, which can be further processed. "The recycling process thus becomes an integral part of the production chain," says Boltjes.

For more than 50 years, alimex has relied on the versatile material aluminium

Apart from briquetting, other processes – such as centrifuging – are also possible for chip processing. Material recovery is not only useful for aluminium, but also works for other materials such as steel, copper, brass or other alloys. However, the process is particularly important for aluminium, copper or brass, because these materials are in demand –  and expensive. Currently, a kilogram of aluminium costs between three and five euros.

The price fluctuates and the material is also constantly on the move. "Aluminium is a very versatile material," explains Martin Niggemeier, Head of the Components Business Unit at alimex. "Aluminium is light, has good conductivity, can be excellently recycled and, last but not least, has a special appearance". alimex has been using this material for more than 50 years. Company founder Helmut Geller originally invented the cast aluminium plate process. In this process, the heat-treated aluminium ingots, thus freed from tension, are cut horizontally into slices like a loaf of bread and brought to the desired plate thickness. "The cast aluminium plates are low-stress and have excellent dimensional stability. That's why they are ideal for many industrial applications", says Niggemeier. Helmut Geller, who has since passed away, recognised this gap in the market and established the casting process as an alternative to the rolling process. Over the years, the company has specialised more and more and is now a renowned aluminium supplier with almost 200 employees worldwide, around 160 of them in Willich. 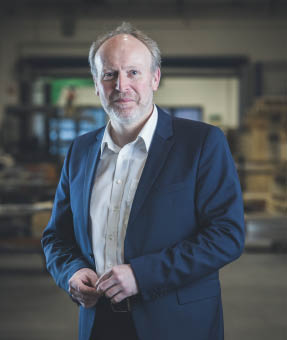 The production of components with CNC milling machines should be further expanded in the future under the management of Martin Niggemeier. 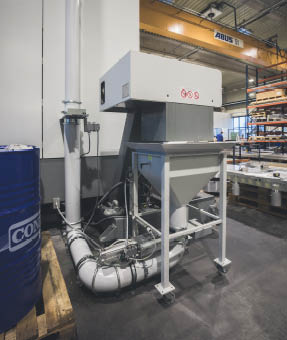 The cast aluminium plate process is the core business of alimex. The production of components with CNC milling machines should be further expanded in the future. "The components are very different," explains Niggemeier. "We manufacture simple components where we only introduce a basic geometry, all the way to very complex components that are used in very sophisticated machines afterwards". For example, alimex supplies components for the semiconductor industry or the solar energy sector. "Then it's all about micrometres in the milling", says Niggemeier. And accordingly, a lot of chips accumulate that need to be extracted. The ERBO extraction system allows production to continue. "We are very happy to have taken this step with ERBO", says Fernando Vieira. "The employees of ERBO know their way around chips. If we have a question, an answer comes immediately". 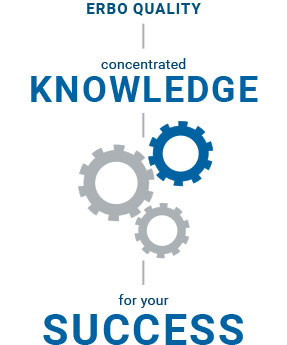 "The sustainable use of materials is becoming increasingly important", knows Hans-Jörg Boltjes, Managing Director of ERBO. 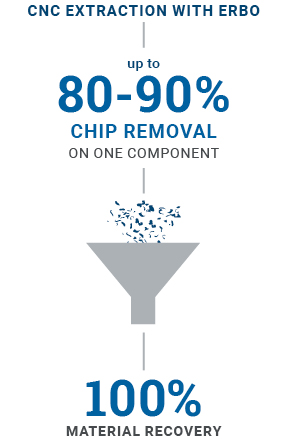 The aluminium chips are collected and compressed into briquettes under high pressure. This not only reduces the volume, but also squeezes out the cooling lubricant. A raw ingot of aluminium is produced again from the chip briquettes, which can be further processed.

We’re happy to give you a consultation!